A pipe dream or a reachable reality?

On 16 October, the Women’s Recycling Alliance (WRA) celebrated its one-year anniversary, members gathered in Birmingham for networking, a personal development session and an insightful industry discussion. Female representatives from companies including Viridor, Veolia UK, and Yorwaste Ltd, are already on board with the initiative, and after a successful first year the group is looking for further recruits in 2020. The event was coordinated by Clearpoint’s development director, and WRA founder, Sarah Sanpher-McDowell. Find out more about Sarah’s work here.

The sector-specific discussion was led by Sheila Chauhan – communications, education and outreach manager at Veolia UK.

What is a circular economy?

A circular economy is an economic system aimed at eliminating waste and the continual use of resources. It entails gradually unpicking economic norms from the consumption of limited resources and designing a system where waste is reduced – or even removed in the initial stages of design. For this to work effectively, it relies on a shift to renewable energy sources and requires economic, natural and social changes. It is based on two principles:

A circular economy which aims to keep resources in use for as long as possible is an alternative to a traditional economy – often described as linear and falls into three stages: make, use and dispose. Whilst in theory this is a simple and self-explanatory movement, understandably it’s not something that’s going to fix itself overnight and has a shift in mindset at its core.

Why a circular economy is important?

How can it be achieved?

The group discussed whether the Government’s Waste and Resources Strategy is ambitious enough in strengthening the vision of a circular economy. Many elements of the Strategy were discussed at length.

The discussion agreed the steps required to reach a circular economy – some simpler to action than others:

Many businesses and individuals are already making their pledge to working towards a circular economy but there’s much more still to do.

If you’d like to find out more about the WRA and how to join, visit our dedicated webpage. The WRA is a platform to meet and network with like-minded professionals and discuss industry topics.

Ready to talk? Get in touch with one of our experts

Logistics is always a challenge when moving recyclables from the UK to the continent, Clearpoint’s logistics team operate a slick and effective system, they are helpful and efficient when arranging sophisticated deliveries into multiple European Paper mills.

We have been supplying Clearpoint Recycling on a regular basis since 2014. Clearpoint have been awarded several working contracts, due to their professionalism and competitive pricing, and we have confidence that they are consistent in their level of service.

We have been buying from ClearPoint Recycling for 3 years now and our experience first hand is that they are a friendly and professional business. The material sourced by ClearPoint comes from a trusted supplier network ensuring quality and tonnage meets our requirements.

Their level of service is fantastic, they are always at the end of the phone if needs be, and their logistics department keep us informed at each stage. They are quick to respond to any unforeseen challenges and have a pragmatic approach when finding solutions. 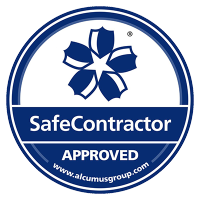